The Foundation is a Member-based Company with 32 Members from all parts of the biosecurity community. We welcome interest from potential new Members.  It is a company limited by Guarantee, ACNC registered with the structure in place to apply for Deductible Gift Recipient status in the future. It is governed by a Board of Directors who are elected by the members of the company. The Directors cover a range of skills, backgrounds and diversity.

Our Company Constitution can be downloaded here.

The Foundation will foster and grow the collaborative network between communities, governments, research and industry in Australia and overseas developed by the Plant Biosecurity CRC.

Membership classes have been established which recognise and facilitate participation in the Foundation by the diverse stakeholder group which exists in plant biosecurity science. Stakeholders include large and small commercial and public organisations, community and industry groups and individuals. The classes enable all stakeholders who wish to be members to participate in the APBSF, pay an appropriate membership fee and have their voices heard through a voting structure which is outlined in the Company Constitution.

To find out more about joining the Foundation please email info@apbsf.org.au for a membership information pack.

John Lovett was Foundation Chairman of Australia’s Cooperative Research Centre for National Plant Biosecurity Ltd (2005-2012) and Plant Biosecurity CRC (2012-2018).  He is Chair of the Advisory Board of the ARC Centre of Excellence for Translational Photosynthesis at the Australian National University and was a Foundation Executive Board Member of the Global Crop Diversity Trust (2006-2012).

Inaugural Deputy Chairman of the Board of Australia’s Grains Research and Development Corporation (GRDC), John Lovett served as Managing Director from 1994 to 2003.  During that period the GRDC grew to become the largest single investor in grains R&D in Australia, with a strong focus on export grains for important customers, including Indonesia.

An Emeritus Professor at the University of New England, where he held the Chair in Agronomy, John Lovett was formerly Professor of Agricultural Science at the University of Tasmania, and has had research associations in Finland, the United Kingdom and South-East Asia.  Under the Australian-Asian Universities Cooperation Scheme he worked on crop development programs in Sulawesi and Bali from 1974 to 1976.

From January 2015 he has led an initiative to develop a Bilateral Plant Biosecurity Initiative with Indonesia.  On 30 October 2017 a further development was the establishment of an Indonesian Biosecurity Foundation.

Mariana is a researcher and lecturer in the field of biosecurity, whose interests range from species to ecosystem levels.

For the past eight years, Mariana has worked with both flora and fauna subjects, hinged on her academic background that started with an Honours in Science Communication and evolved into a Master’s Degree in Plant Ecology, and a further PhD in Plant Physiological Ecology.

Mariana worked in consultancies in Western Australia doing baseline studies, targeted searches and vegetation monitoring for a few years – and this led her to the biosecurity realm with mapping and planning the control of non-indigenous species.

After her experience with industry partners, Mariana returned to academia as a Research Fellow and Lecturer at the Harry Butler Institute, Murdoch University, where research and education can be paired with positive change in conservation areas, agricultural systems and with the supervision of graduate students and future researchers.

Phil is a proven leader with many years experience in the management of stored grain protection including pest management and fumigation solutions, research, regulation, compliance, market access and supply chain quality; and the design, developing, implementing, monitoring and improving management systems in the areas of pest control, quality, safety, food safety, environment and laboratories.

He previously worked as the Quality Assurance Manager, GrainCorp Operations Ltd 1994 to 2018, where his major responsibilities included providing management systems to cover organisational, customer and regulatory requirements, primarily via:

He also chaired the Plant Biosecurity CRC’s Grains Advisory Panel for many years, overseeing the strategic directions, approval and review of the post-harvest grains portfolio.

André Drenth obtained his PhD from Wageningen Agricultural University and currently is theme leader crop protection in the Centre for Horticultural Science at the University of Queensland.

André has led many projects on major diseases in Agriculture and is currently the leader of a major Hort Innovation funded project on exotic and emerging banana diseases.

Dr Gary Fitt completed a BSc (Hons) at the University of Sydney in 1976 and immediately joined CSIRO Entomology as an Experimental Scientist working in Darwin and trying to unravel what appeared to be an incursion of the Oriental Fruit Fly, Bactrocera dorsalis.

His research demonstrated the species in question was in fact a highly specialised and interesting native species, Bactrocera opiliae. He then returned to University of Sydney in 1980 and completed a PhD on Competition among Tephritid Fruit Flies and then rejoined CSIRO in 1983 at the Australian Cotton Research Institute, Narrabri, in north western NSW.

During a 20 year career in Narrabri, Dr Fitt advanced to the level of Senior Principal Research Scientist before becoming the Chief Executive Officer of the Australian Cotton Cooperative Research Centre (CRC) in 1999, also based at Narrabri. In 2004 he became the Deputy Chief of CSIRO Entomology, and relocated to Brisbane, then Deputy Chief of CSIRO Ecosystem Sciences in 2008, until being appointed Director of the CSIRO Biosecurity Flagship in 2012.  With the formation of CSIRO Health and Biosecurity in 2014 he became Science Director for the new Business Unit. A position he holds today.

Dr Fitt’s research career has focussed broadly in agricultural sustainability with a focus on integrated pest management systems for Helicoverpa species, one of the most damaging pest complexes of Australian and global agriculture. His particular approach has been to understand the moth’s ecology as a foundation for more sustainable pest management. His research in insect movement, migration and host plant resistance provided a great foundation for the development and deployment of transgenic Bt cottons in Australia and the resistance management systems required to sustain this technology.

In the last ten years Dr Fitt has increasingly focussed on the research needs for biosecurity science for Australia and led efforts to protect Australia from invasive species and to address emerging challenges in global risk and infectious diseases. Through the Biosecurity Flagship and now the Health and Biosecurity Business Unit he has broadened applications to address the health challenges to Australia’s people, agricultural industries, environment and economy. The Biosecurity continuum spanning off shore and on shore risks provides a valuable context for the breadth of outcomes the CSIRO’s business in this sector.

Dr Fitt has published 185 refereed publications, contributed to more than 20 books, has 3114 citations and H index of 29.

He has held many other positions, including Board Director of the Cotton Catchment Communities CRC, Chair of an expert panel for the International Cotton Advisory Committee, Member Advisory Committee for the Australia-India Strategic Research Fund, Chair of the Science Advisory Body of the OECD Cooperative Research Program in Sustainable Agriculture. He has held appointments as Adjunct Professor at both the University of New England and the University of Sydney. 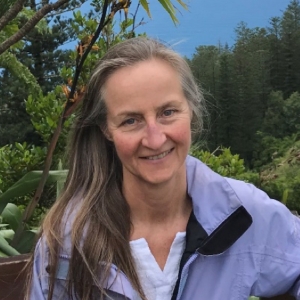 Jane Frances is a biologist with significant experience in biosecurity management, especially aquatic animals, plants and invasive species, in both the public sector and with a not-for-profit enterprise.

Jane has extensive experience in biosecurity emergency responses and has represented the NSW government on consultative committees and national policy forums. Jane has significant expertise with the application of risk assessment to prioritise activities and investment, and seeks to optimise outcomes for industry, public good and the environment.

Jane has worked for NSW Department of Primary Industries for more than 30 years, for the first 11 years in research and since then in a wide variety of management-focused positions.

Kylie is a passionate plant pathologist, with a bent for ecological modelling and invasive species science.

Hailing from the sunshine state, Kylie has undergraduate qualifications in Political Science, Ecology and Botany from the University of Queensland, and a PBCRC PhD in Plant Biosecurity on Sudden Oak Death (Phytophthora ramorum) from Murdoch University in Perth.

Kylie has worked on forest pest and disease climatic niche modelling in Tasmania, myrtle rust in Queensland, and even volunteered in southern Laos as a plant pathology advisor.

Now based at the CSIRO in Canberra, Kylie has enjoyed working on both pre and post border invasion biology – pre-border as a modeler with the PBCRC Pathways and Risk Assessment for High Impact Species project and post-border as a plant pathologist within the weed biological control team. 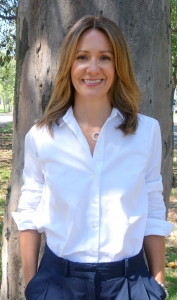 Olivia obtained a PhD Rural Science in Insect Pest Management from the University of New England, Armidale in 2003, funded by a Cotton Cooperative Research Centre scholarship. After two years working at Marks & Spencer Head Office as a Food and Merchandise General Manager in London, UK, Olivia commenced a stimulating and rewarding three year postdoctorate in South African sugarcane with the University of Witswatersrand and the South African Sugarcane Research Institute. Upon returning to Australia in late 2006, Olivia’s career at NSW Department of Primary Industries as a Principal Research Scientist expanded to include a strong biosecurity focus and she has led, or collaborated on, numerous projects and programs of research across horticulture, grains, cotton, cocoa and sugarcane and has extensive project leadership and management experience. This has continued in her role as a Team Lead with Cesar Australia. In 2017, Olivia completed a Women in Leadership Australia, Advanced Leadership Program providing executive level leadership education. Olivia has published >60 peer-reviewed journals, proceedings and book chapters, numerous industry articles, and media interviews and is passionate about working with relevant stakeholders ensuring impact is realised for agricultural industries. 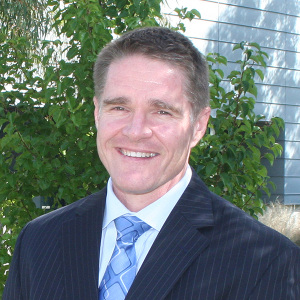 Michael’s passion has always been to facilitate good practice being informed by good science, particularly for environmentally sustainable and productive landscapes.

In addition to being contracted as Managing Director of the Foundation, he has been privileged to lead and manage several research organisations including:

He recently finished his role as the CEO of the Plant Biosecurity CRC, leading the national science effort that contributes to the safegaurding of plant industries from biosecurity threats; especially the challenge of taking our good quality science and having it implemented through our many partners. As CEO he led the redevelopment of the strategic plan and a six-year investment plan with the PBCRC partners, resulting in a highly successful CRC which will deliver an estimated net benefit equivalent to an estimated 11% increase in plant biosecurity funding annually for 30 years and a cost:benefit ratio more than double predicted.